Is the future in good hands?

The third MVM Future Talks brought together the most important star experts to discuss the future of technological development and its effects on humanity. World famous American astrophysicist Neil deGrasse Tyson shared his thoughts with the audience as a returning guest, he was part of the show for the third time. At the event we welcomed Kevin Kelly, co-founder and senior maverick of Wired, one of the most important global technology magazines, tech guru, author. Imre Porkoláb military officer, strategist, expert in guerrilla warfare and anti-terrorist warfare also joined the conversation, just like Ernő Duda Jr., the founder of Solvo Biotechnology Zrt. The special guests of the event were Balázs Zábori, medical physicist and space engineer and Hayley Arceneaux, physician assistant, astronaut, member of SpaceX's Inspiration4 Mission. The hosts of the evening were television host Nóra Ördög and YouTuber Gergely Szirmai.

You can rewatch the full show until 24 November here. 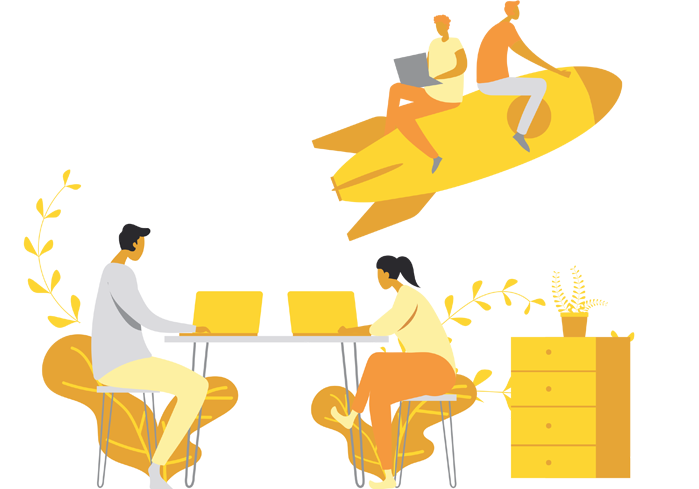 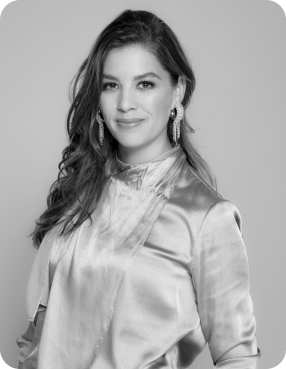 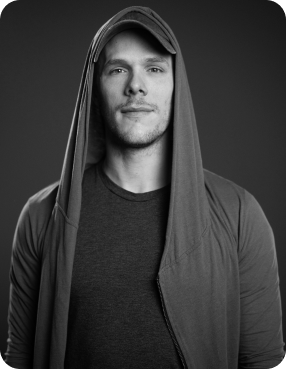 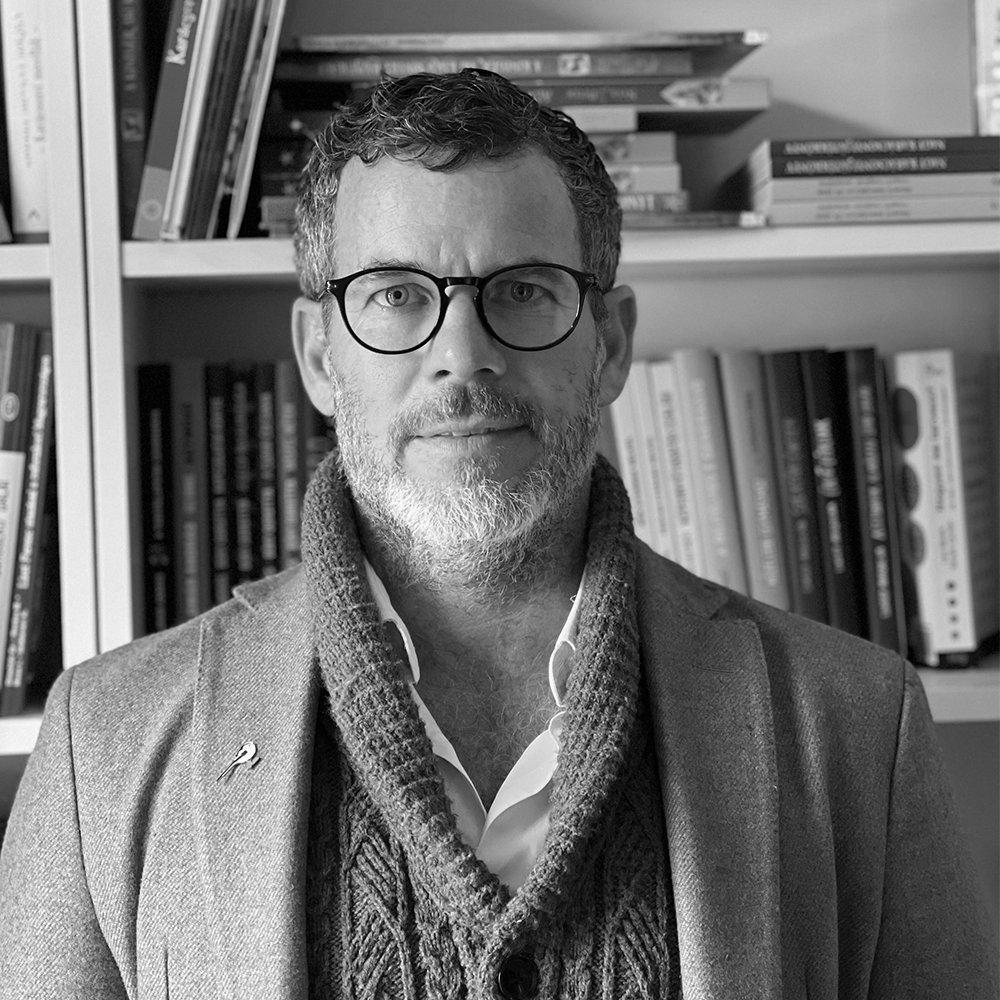 After graduating from the Military Doctoral School of Engineering, he began to work on integrating VR/MR/AR technologies into the defence sector. His research interests are in the field of artificial intelligence using EEG and EMG sensors in virtual ecosystems. Earlier, he won several national and international awards as the director of a leading development and communication company and published the first book series on AR technology in Hungary, which has since sold more than 50 000 copies. He teaches VR/AR in higher education institutions and lectures on their achievements at international conferences. He advises large multinational companies on implementing XR systems. He has published several papers on the subject. 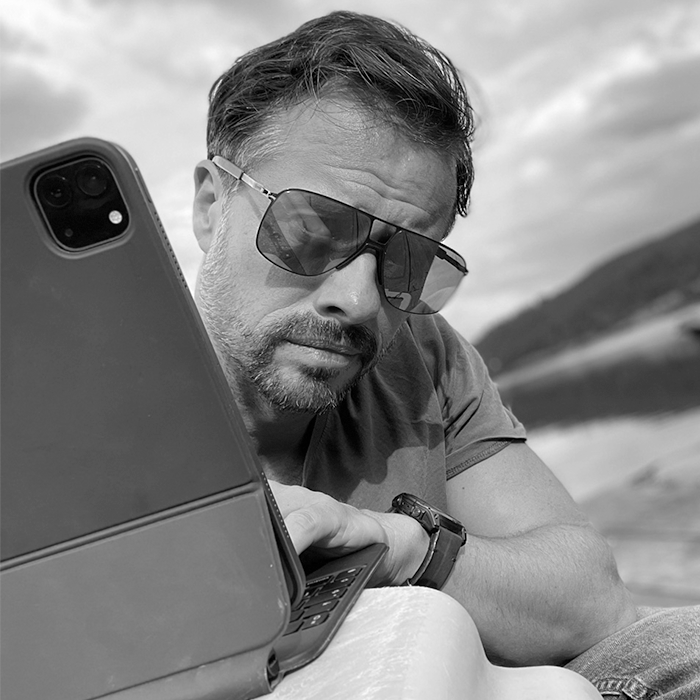 He has been creating YouTube content for 16 years. He is the founder and editor of several blogs, initiated movements for different causes. He started his travel vlog series in 2012 and his videos with similar themes have become a success over the years. Every year, he produces a significant number of videos on travel, culture, and ground-breaking technologies, and has presented the latest achievements of humanity in a range of countries on several continents. His content has hundreds of thousands of followers. 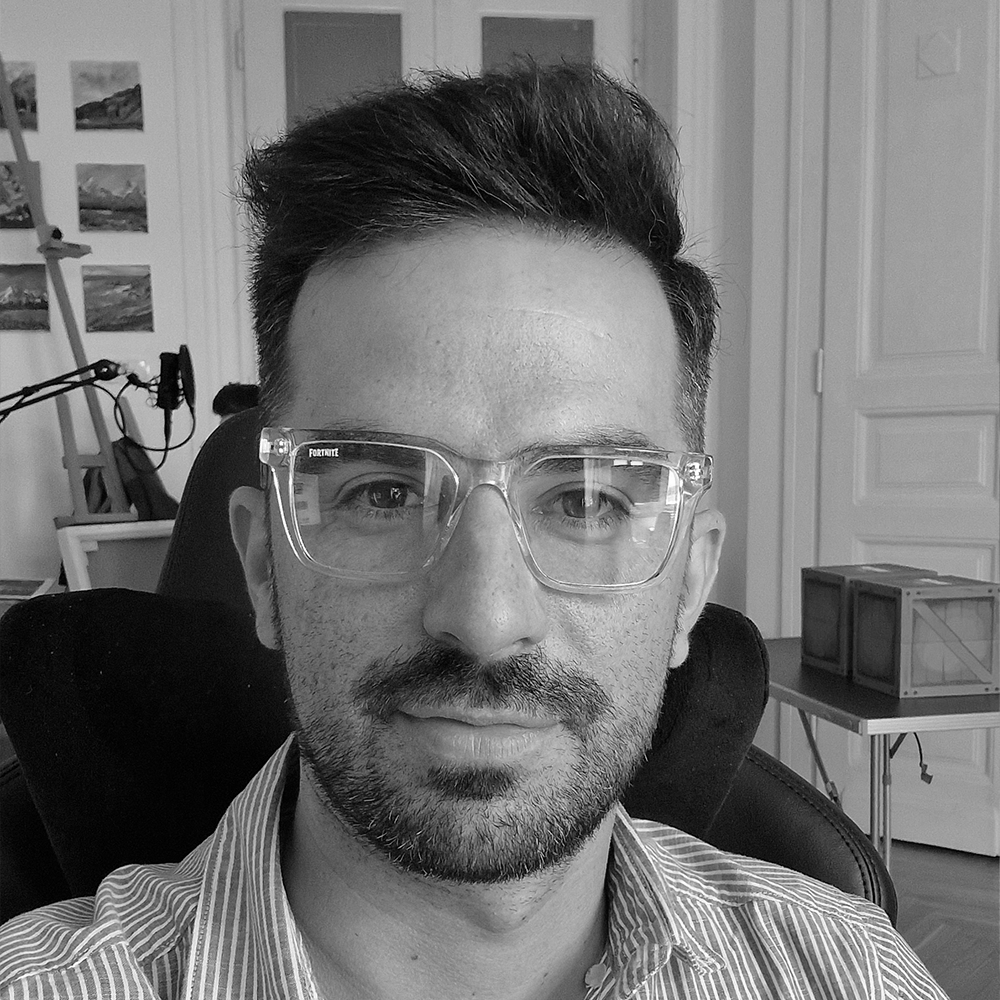 YouTuber, content creator. He started his YouTube channel with his brother Márk in 2010 under the handle Pamkutya, which has grown to become the country’s channel with the most Hungarian followers (1.35 million). Initially, they made incognito music parodies, but over the years they dropped the iconic jacket and later the sunglasses and turned to more serious, educational content. 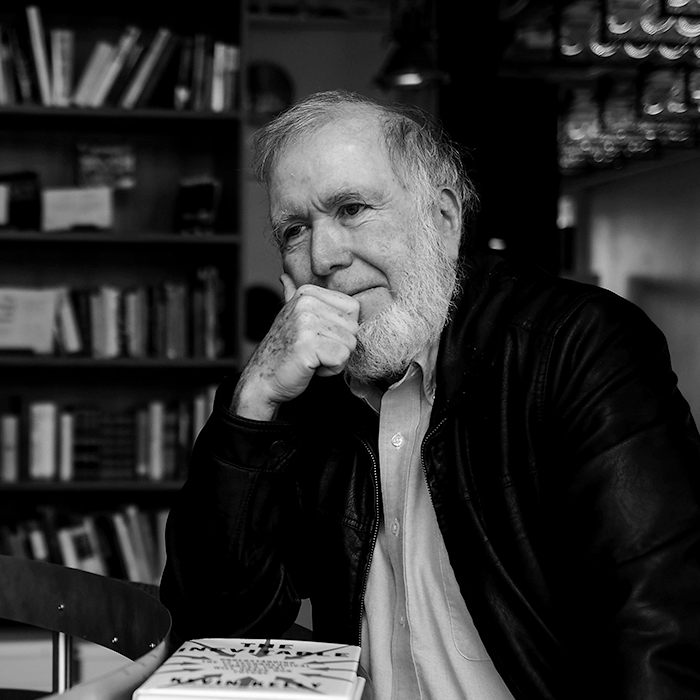 Kevin Kelly is Senior Maverick at Wired magazine. He co-founded Wired in 1993 and served as its Executive Editor for its first 7 years. His most recent book is “The Inevitable,” which is a New York Times and Wall Street Journal bestseller. His other books include the best-selling “New Rules for the New Economy,” the classic “Out of Control, and his summary theory of technology in “What Technology Wants.” From 1984-1990 Kelly was publisher and editor of the Whole Earth Catalogs. He co-founded the Hackers’ Conference, and was involved with the launch of the WELL, a pioneering online service started in 1985. He also founded the popular Cool Tools website in 2003. 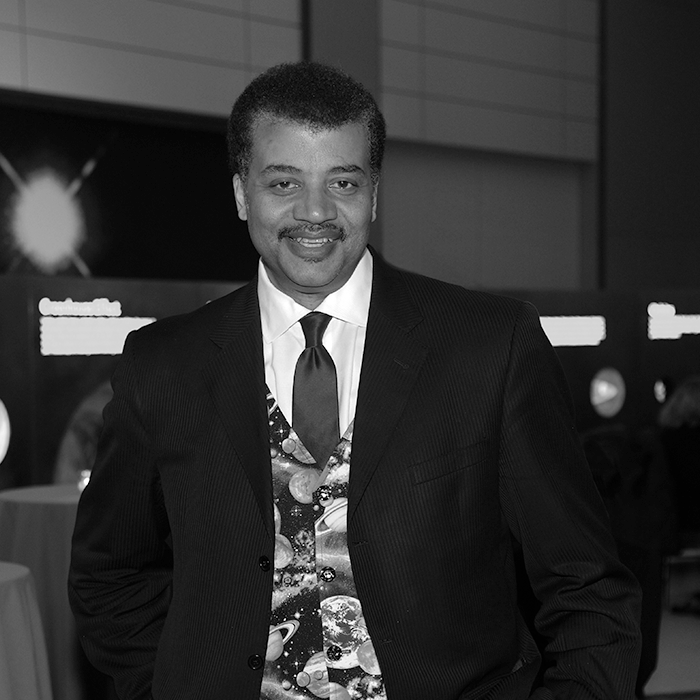 World famous American astrophysicist, author, science communicator, director of the Hayden Planetarium in New York, and research associate in the Department of Astrophysics of the American Museum of Natural History. His YouTube videos are followed by millions of people, he produces a popular podcast and had cameo appearances in several films and TV series (including The Big Bang Theory, The Simpsons, Futurama and Family Guy). He is the host and editor of National Geographic's new series “Cosmos: Possible Worlds” and had previously hosted the channel's “Cosmos: A Spacetime Odyssey” series. His show “StarTalk”, which brings science to the viewer through humour and celebrity guests, was nominated for an Emmy Award. He holds more than 20 honorary doctorates and has been awarded one of NASA's highest civilian honours for his work. 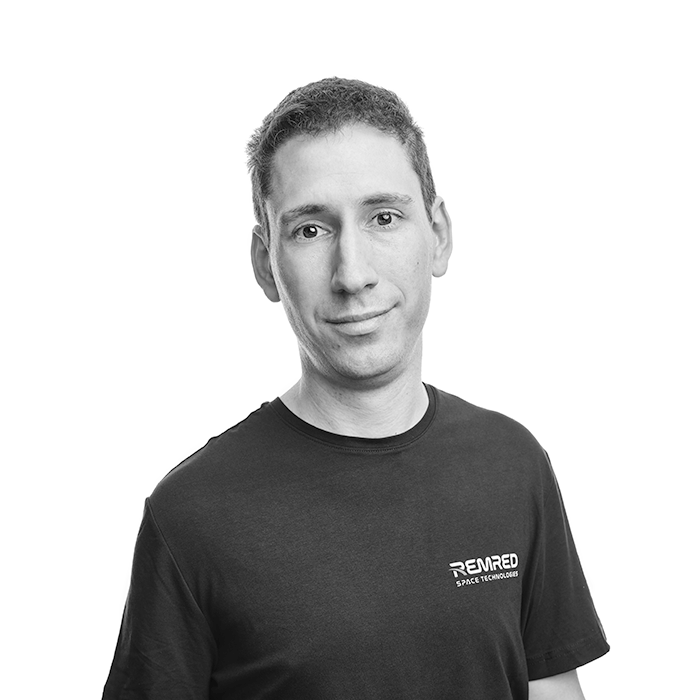 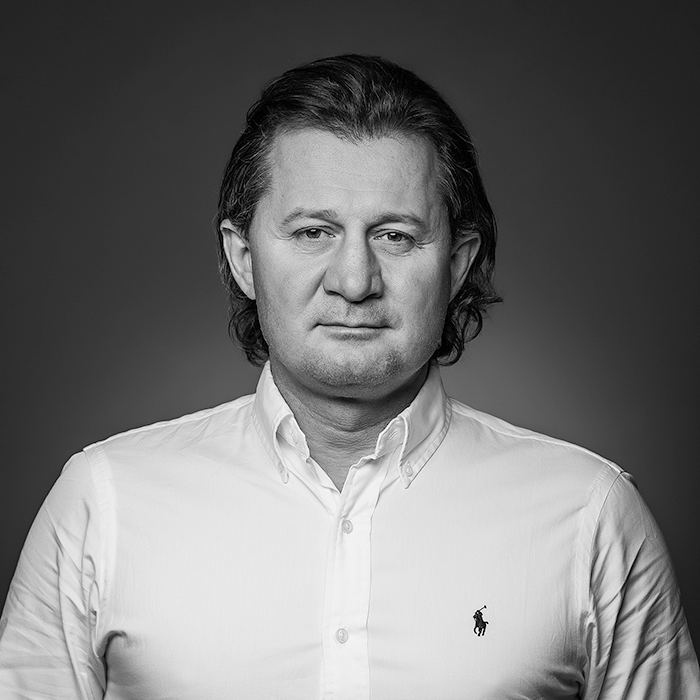 Founder and CEO of Solvo Biotechnology Zrt., which has grown from a garage company employing a few people to a global market leader employing international professionals. The company provides services to large pharmaceutical and biotech companies in 35 countries. He is also the founder and president of the Hungarian Biotechnology Association and was a member of the Research and Technology Innovation Council for 6 years and the Board of Trustees of the Zoltán Bay Applied Research Foundation. He is an honorary Associate Professor at the University of Szeged, teaching biotechnology and entrepreneurship. He has been awarded the Hungarian Innovation Grand Prize and the Company of the Year Award, and received the Knight's Cross of the Order of Merit of Hungary for his outstanding professional contribution to biotechnology in Hungary. 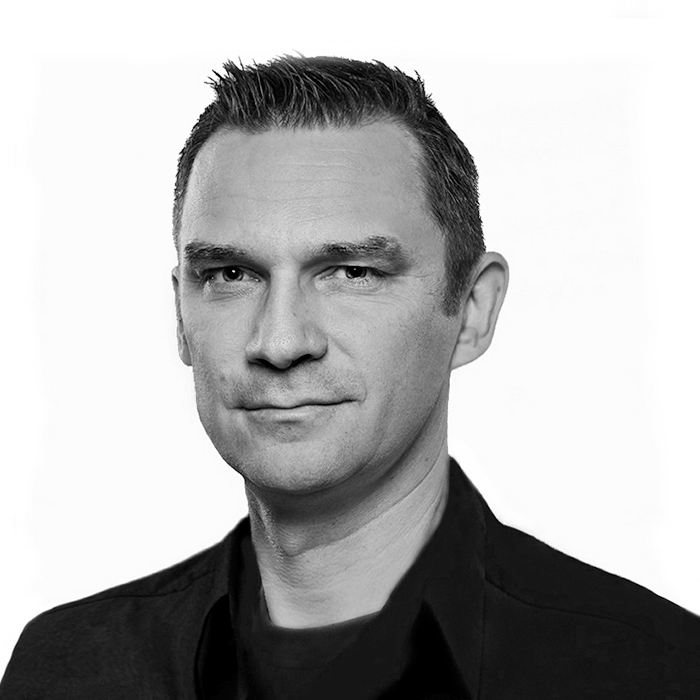 military strategist, former representative of NATO in the Pentagon

Graduated from the Royal Military Academy at Sandhurst, and subsequently obtained several post-graduate degrees and a PhD from Hungarian military and civilian universities. He has served in Iraq and Afghanistan, and has been actively involved in the creation of the Hungarian Defence Forces' special operations capability, he is an expert in guerrilla and counter-terrorism warfare. He researches and teaches non-traditional mission-based leadership - successful change management in the VUCA environment, and innovative methods of organisational transformation and its business application. He served in the U.S. at NATO’s Strategic Transformation Command and spent three years at the Pentagon as the representative of the Commander of NATO Allied Transformation Command (SACT). Upon his return home, he led the defence innovation transformational work of the Hungarian Defence Forces and is currently Head of the Defence Innovation and Capability Development Department of the Ministry of Defence. He is an active speaker and author of several best-selling books. 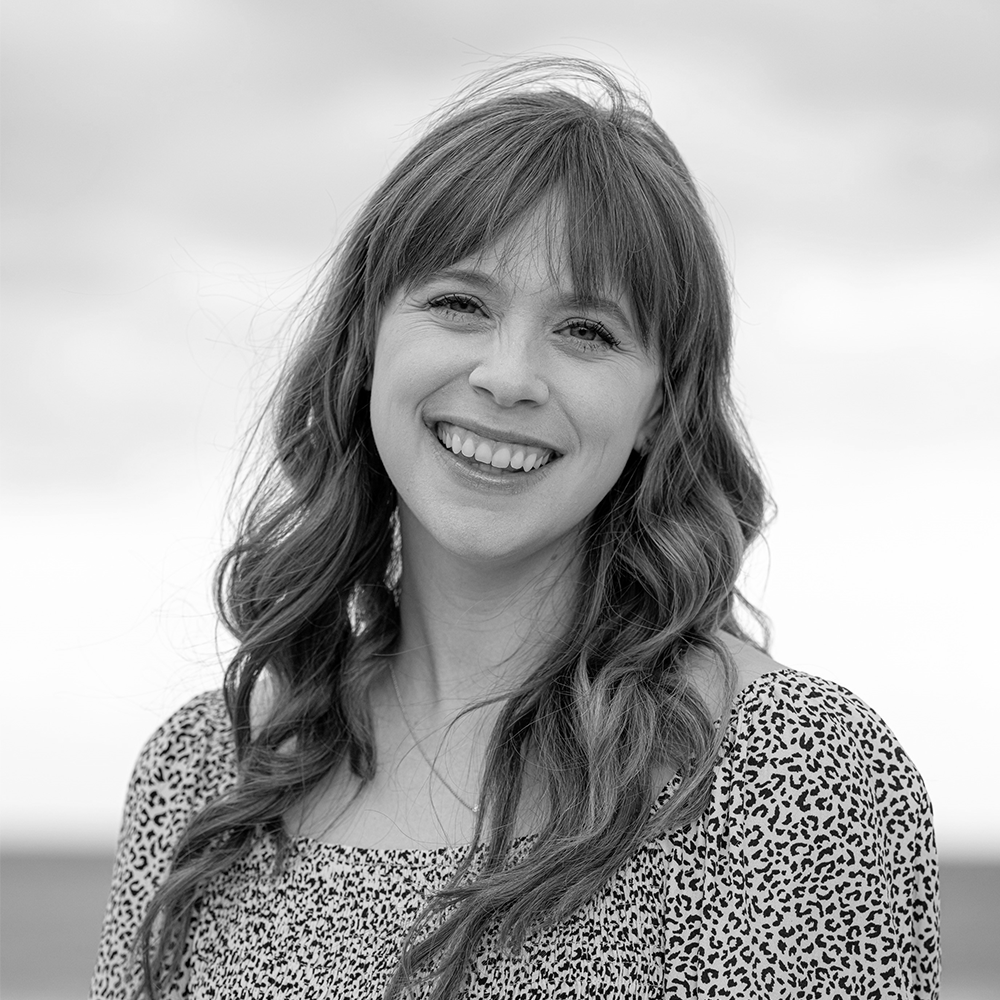 Cancer survivor, a physician assistant at Saint Jude Children's Research Hospital, the youngest American to ever go into space as a cancer survivor and the first person to go into space with a prosthetic leg bone.She went into space last year on SpaceX's "Inspiration4" Mission, which was the first all civilian mission to orbit the Earth for three days and then return and land in the Atlantic-ocean. The mission conducted numerous human health research experiments.
A true survivor, a fighter. She was diagnosed with bone cancer at the age of ten. A year of chemotherapy and a prosthesis saved his life. During her time at St. Jude Children's Research Hospital, she figured out what she wanted to do as an adult: she earned a bachelor's degree in Spanish in 2014 and graduated as a physician assistant in 2016. She is currently working as a medical assistant at the institution where she was cured, working with children with leukaemia and lymphoma.

The most important star experts discussed the topics that affect the future of us all!

The development of technology has moved from “secret” laboratories to our everyday life. The history of humanity is inseparable from the history of inventions. But what will future bring? Innovation is still part of human nature, the desire for discovery and cognition is not simply universal, but has not changed in the past thousand years.

How are innovations born and how can we all become innovators ourselves? - among other topics, the star guests of MVM Future Talks were looking for answers to these on 10 November.

Military technology has always been an important source of development. Later, the special products of the space industry or the military became tools that made everyday life easier and more comfortable over the course of years and decades. Although today, civil technology often also contributes to the development of special, aerospace or military needs.

Can we turn from users of technology into the shapers of it?

How is innovation democratized by the fact that, in addition to large public organizations, private companies can also develop the tools of the future? Does technological space become interactive by making the flow of inventions bidirectional?

On 10 November, the best-known international and Hungarian star experts answered these important questions in the hybrid talk show of MVM Future Talks.

You can rewatch the full discussion until 24 November on this site!